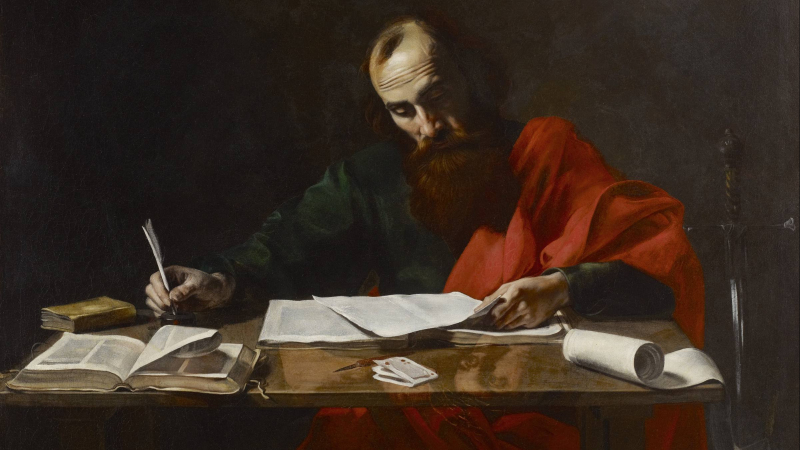 What is the traditional stand of the Catholic Church about public sinners, and why they should be denied of holy communion?

Some recent events triggered our attention on this topic. So, let us investigate on the doctrinal and canonical reasons why the Catholic Church in her tradition, always kept a strong stand against public sinners. But now, it appears that several Churchmen are taking a radically different approach on this matter.

What does the Holy Scripture say about public sinners, that is to say the people who are publicly known as living publicly in the state of mortal sin? In his Epistle to the Corinthians, St. Paul warned the members of the young Christian community from Corinth about public sinners, particularly they should stay away from them: “I wrote to you in an epistle, not to keep company with fornicators.”1

If St. Paul made such a strong statement, it was because he was a true shepherd of souls, conscious of the needs of the newly converted faithful, St. Paul wrote letters to keep them instructed in the faith and warn them against the dangers threatening them, especially from the example of bad Christians.

Following the teaching of the Great Apostle of the Gentiles, the Church always taught that a man who commits mortal sin and stays in that state is liable to the eternal punishment of hell. Accordingly, the Church has been consistent in her discipline dealing with public sinners, men who are publicly known as living in the state of sin.

This teaching was explained brilliantly by the Catechism of Pope St. Pius X in its commentary on the Ninth Article of the Creed, “I believe in the Communion of Saints”

“Q. Do all the children of the Church share in this communion of goods?

A. All Christians who are in the grace of God share in the communion of internal goods, while those who are in mortal sin do not participate in these goods.

Q. Why do not those who are in mortal sin participate in these goods?

A. Because that which unites the faithful with God, and with Jesus Christ as His living members, rendering them capable of performing meritorious works for life eternal, is the grace of God which is the supernatural life of the soul; and hence as those who are in mortal sin are without the grace of God, they are excluded from perfect communion in spiritual goods, nor can they accomplish works meritorious towards life eternal.”

These sound principles, based on Holy Scripture and Tradition, were later codified in the law of the Church, the Code of Canon Law, published in 1917, under Pope Benedict XV, as follows:

Canon 855 § 1. “All those publicly unworthy are to be barred from the Eucharist, such as excommunicates, those interdicted, and those manifestly infamous, unless their penitence and emendation are shown and they have satisfied beforehand the public scandal [they caused].

New Canon 915 says: “Those who have been excommunicated or interdicted after the imposition or declaration of the penalty and others obstinately persevering in manifest grave sin are not to be admitted to holy communion.”

The strong words of Canon 855 are gone. Gone are the ‘publicly unworthy’ people, that should be ‘barred from the Eucharist’. Likewise, gone with the need to make reparation for the public scandal. Needless to say, the prescriptions of the New Code of Canon Law are much weaker than the ones of the Traditional Code of Canon Law.

For sure, it is still possible to interpret New Canon 915 in a traditional way, as Cardinal Ratzinger did in 2004, in a letter that he sent to the US Conference of Catholic Bishops, reminding them that Holy Communion should be denied to Catholic politician who are openly pro-abortion. But Cardinal Theodore McCarrick, acting as president of the US Bishops, withheld Cardinal Ratzinger’s letter from his fellow bishops, as it now attested by Cardinal Burke, who happened to be present at the meeting. As a result, the US Bishops published a document that gave a weak and minimised interpretation of Cardinal Ratzinger’s letter.

As a matter of fact, most bishops, and the Pope as well, follow a minimalized interpretation of New Canon 915, in such a way that communion is almost never denied to Catholic politicians, no matter what is their stand on abortion, or their personal life. Meanwhile, the few priests who dare to refuse communion to pro-abortion politicians are being severely disciplined by their own bishop, as it was the case for Fr. Morey, a priest from Florence, South Carolina, who recently denied communion to notorious proabortion US politician Joe Biden.

But, something more serious happened recently in Rome. It was on the occasion of the visit of Alberto Fernandez, the new President of Argentina, January 31. Before meeting with Pope Francis, Alberto Fernandez and his mistress Fabiola Yanez attended Mass, celebrated by Argentinian Bishop Marcelo Sorondo, who gave them communion - what a scandal!

Moreover, during the meeting of President Fernandez with Pope Francis, the topic of abortion was carefully avoided. Nevertheless, after meeting with the Pope, President Fernandez reminded that he is still going to introduce legislation to legalize abortion on March 1st. Our jaw dropped. With these repeated scandals, it seems that the abomination of the desolation penetrated the heart of the Holy City of Rome, the city of saints and martyrs!

On top of that, Bishop Sorondo attempted to justify himself from giving communion to this adulterer and pro-abortion politician, based on his weak interpretation of canon law.

Diane Montagna, a journalist from LifeSiteNews, interviewed Bishop Sorondo: “How can you give them Communion? It’s Jesus. It’s Jesus. They’re living openly in adultery and he supports abortion.”

Bishop Sorondo alluded to Canon 853 (New Canon 912), which says that “Any baptized person who is not prohibited by law can and must be admitted to holy communion.” But, at the same time, Bishop Sorondo seems to forget Canon 855 (New Canon 915), which still prohibits communion to people obstinately persevering in manifest grave sin, though in a much weaker way than it was under the Old Code.

That is why, Bishop Sorendo could not answer to the following question from Diane Montagna, who insisted: “he’s living with this woman, they are living in open adultery.” The only thing that Bishop Sorondo could answer was: “It’s a problem of his conscience. It’s not my problem. I don’t have the possibility of saying no.”

Finally, Bishop Sorendo remained silent when Diane Montagna said: “But wouldn’t it be the opportunity for the sake of his soul …”

It is clear that, for Bishop Sorondo, there is no more public sinners, but everybody has a right to receive the sacraments, no matter what is the state of his or her soul. Such attitude is a complete betrayal of his vocation as a priest, which is to save souls.

But Bishop Sorondo’ attitude is consequent with the one of Pope Francis, who congratulated the bishops of Greater Buenos Aires, telling them that “there is no other interpretation of Amoris Laetita”, but to give communion to habitual adulterers.

How could such attitude from Churchmen could be reconciled with the clear teaching of St. Paul3: “Therefore whosoever shall eat this bread, or drink the chalice of the Lord unworthily, shall be guilty of the body and of the blood of the Lord. But let a man prove himself: and so let him eat of that bread, and drink of the chalice. For he that eateth and drinketh unworthily, eateth and drinketh judgment to himself, not discerning the body of the Lord.”

I beg you to pray and be very generous to offer your Lenten Sacrifices. This is not the time to be sloppy with our Lenten resolutions! We need absolutely to make reparation for these scandals, which are leading so many souls to hell!

Let us remember the words of Our Lady at Fatima: “so many souls go to hell, because nobody makes sacrifice for them.”