Remember those who fell during the war 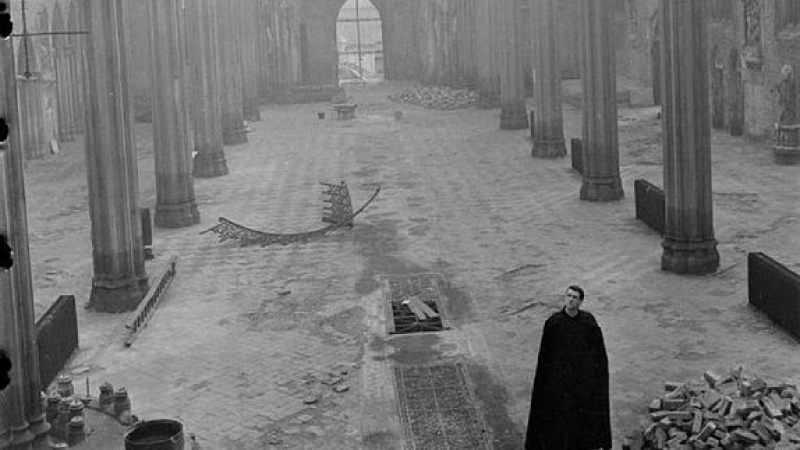 In his treatise on purgatory (Summa Supplement Q. 71, art 2), St. Thomas Aquinas speaks about the bond of charity, which is the bond uniting the members of the Church. He says that “such bond extends not only to the living, but also to the dead who die in charity. For charity, which is the life of the soul, even as the soul is the life of the body, has no end: "Charity never falleth away" (1 Corinthians 13:8).”

So, unlike the bond of the flesh, which is broken when someone passes away and his/her body goes back into dust, the bond of charity will remain in the next life. On account of the bond of charity, which remains alive, even after the death of our dear ones, we can say that the dead live in the memory of the living, even long time after their departure from this earthly life.

Even the secular world acknowledges the duty to keep alive the memory of our fellow citizens who died for their country. This duty of charity will be reminded to us on the occasion of Remembrance Day, November 11. On that day, we will be invited to keep alive the memory of all those who offered the sacrifice of their life during the wars, in order to secure freedom and peace in our countries.

As we understand the need to keep alive the memory of those who died during the wars, we should not forget to pray for the repose of their souls. Wars are never pleasant and clean, but always bloody and brutal. As a matter of fact, during the war, it happens that many souls are being called instantly to their Maker, often with no preparation for death!

But the bloody wars that will be commemorated on November 11 are not the ones that are causing the most serious concern to us. There are other wars that are much more serious. They are the ones related by St. Paul in his epistle to the Ephesians, the ones that we have to be ready to fight all the time: “Put you on the armour of God, that you may be able to stand against the deceits of the devil. For our wrestling is not against flesh and blood; but against principalities and power, against the rulers of the world of this darkness, against the spirits of wickedness in the high places. Therefore, take unto you the armour of God, that you may be able to resist in the evil day, and to stand in all things perfect.”

Yes, indeed, the wars waged by the devil against souls are not as bloody as the ones between nations, but it is everywhere, and all the time. The fight against the devil started on the first day of our life and will end on the last day. Unlike what is happening during the bloody wars, where the enemy is always at sight; during the spiritual wars the devil is always hiding because he knows that he will be more successful to deceive men, when they don’t realize that he is there. As we remember such wars, let us never forget that the devil is a spirit, therefore make sure that we are using the spiritual weapons of prayer and sacrifice against him. If we use these weapons properly, they will be powerful to defeat the devil.

During this month of November, let us remember in particular the members of the Militant Church who completed their life on earth, and have been admitted in Purgatory, as members of the Suffering Church. For sure, when you look at a picture of a departed one, you remember him/her, but such remembrance is somehow passive: you should try your best to do more for the souls in Purgatory: have Mass said for them, say the Rosary, offer sacrifices for them, and apply yourselves to gain indulgences for the Poor Souls. This is what we could call active remembrance of our dear departed ones.