The case of Vincent Lambert 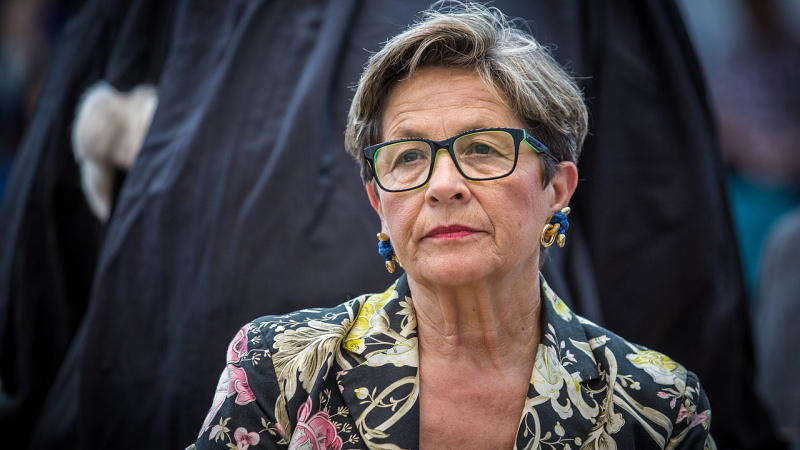 Meanwhile, in our same province of Ontario, around 35,600 children were aborted in the womb of their mother within a year (2017 numbers). Basically, it is like if a city of the size of Orillia would be completely wiped out from the map. It also means roughly 100 babies per day.

These numbers translate the bold and cruel reality of our merciless “civilized” world.

But let us focus on the drama of euthanasia which is not restricted to our little corner of the world. It is now all over the Western World, here and abroad.

Across the ocean, there is a case which had been mediatised and heavily used as propaganda for euthanasia. This is the case of Vincent Lambert, a 42 years old man from France, who was deliberately left to die by medical doctors, and eventually passed away on July 11.

Vincent Lambert suffered a serious car accident in 2008 and spent some time in a coma, but eventually woke up with the condition of minimally conscious state (MCS). From that time, Vincent was not connected to any life-support device, but only needed food and water. He was able to recognise his friends and family members, and to express in a simple way his emotions and feelings. Yet, this was too much for the advocates of euthanasia and Vincent had to die. Over the past years, there was a long and complicated medico-legal battle.

With the help of dedicated lawyers, Viviane Lambert, the mother of the young man, tried literally everything to save her son from the doctor-induced death row. Lawyers Jerome Triomphe and Jean Paillot used all the legal venues available to stop Vincent doctor’s programmed euthanasia. But doctor Sanchez, the head of the department where Vincent was hospitalized in Reims, finally got his wishes and withdrew the water and food assistance, which eventually led Vincent Lambert to die out of thirst and starvation on July 11.

Dr. Dickès, president of the ACIM1, commented: “The execution of Vincent Lambert formalizes the concept of “life is not worth the trouble of living ." elaborated by Hitler, who entrusted Dr. Brandt to the elimination of the disabled and incurable; by which the people hospitalized for more than three months had to go. What happened to Vincent opens a door that only a miracle could close. This utilitarian view of life doesn’t want to spend money to maintain the life of the most vulnerable among us. That takes us right to euthanasia.

Yet medically the case of Vincent Lambert raises many questions. It was presented as being in a vegetative state. As a vegetable, is he able to cry, to open his eyes when called? Was he unconscious as we were told? But even if that were the case, it was found that 15% of people who stay in a vegetative or unconscious state are well aware of what is happening around them. (The New England Journal of Medicine of June 27, 2019). Medical imaging shows that if they are unable to move, they can quite understand what is being said around them. Hence the tears of Vincent when he realized that they were going to end his days.”

Regarding paraplegia (paralysis of all four limbs), significant progress has recently been made by neurology. According to Lancet magazine, there is a new technique called "nerve transfer" or neuroprosthesis by which some quadriplegic patients have recovered the mobility of their upper limbs. The results were considered excellent. Moreover, researchers from the Imperial College of London have identified a protein called CBP (CREB-Binding-Protein) capable of stimulating the expression of various genes to increase the capacity for regeneration of damaged nerves. The French neuroscientist, Grégoire Courtine, was able to make several quadriplegic patients walk again by performing electrical stimulation of their spinal epidural (Journal Nature of 21.10.2018). Likewise, Pr. Samadadin (University of Minnesota) was able to stimulate the spinal cord of patients injured by severe trauma. This technique resulted with a fast recovery of paralysis. At the University of Lausanne significant successes were achieved by electrodes implanted in the spinal cord (31/10/2018). Finally, since 2016, medical teams from several countries have been using the injection of stem cells to help restore damaged nerves.

Sooner or later, Vincent Lambert could have benefited from one of these treatment protocols. His brain state could improve; we know that neurons are replaced quickly, and well into old age. But a number of conditions have to be met to favour stimulation of speech, movement, along with physiotherapy. But Vincent was literally abandoned by doctors of Reims, sequestered in his room; receiving no treatment apart from a stoma, stoma of the stomach to the skin.

All the above described techniques could have been used a past or future date for Vincent Lambert, but this has not been done. He had to die in order to justify the future disposal of the disabled.”2

So, as we are heading to the feast of the Assumption of Our Lady, which we will celebrate this month, let us pray for all the vulnerable persons of our society, be it the children in the womb of their mother, or the sick and elderly who are the targets of our utilitarian society. It is not up to us to decide when a human life is not worth living, but it is only up to God. Mary, the Mother of God excepted, all of us will have to go through death, but only when God decided so.

1 ACIM stands for Association Catholique des Infirmiers et des Médecins (Catholic Association of Doctors, Nurses and Health Professionals). The ACIM is well-kwon for organising the Rosa Mystica medical missions in the Philippines, with the help of the Society of St. Pius X.