Music does things to us! 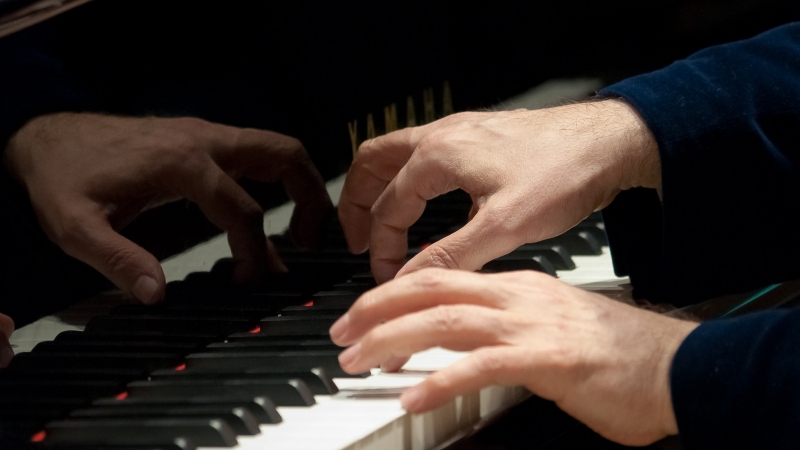 A few weeks ago, Mr. Mike Austen, a former rock band involved in the "music Industry" for quite a few years, came to Our Lady of Mount Carmel Academy to give a lecture to our High school students. Mr. Austen now runs "Magnificat Media,” an Internet radio station.

The lecture was entitled "Music does things to us." Music is a very mysterious thing which affects both the soul and the body. To realise this, examine your feelings and reactions when you hear the "Ave Maria" by Franz Schubert or "Rock around the clock" by Bill Haley and the Comets. The former will raise the soul; the latter (much to our surprise sixty-five years of corruption later) caused riots. Plato said that certain types of music should be banned from education or otherwise the State would fall because of the corruption of virtue.

Music is composed of three elements: melody, harmony and rhythm. Each of these elements affect us. Melody, the intellect; harmony, the will; and rhythm, the passions.

Everything you consume has an effect on you, could do good things or bad things. Look at different kinds of music. Gregorian chant is purely melody with a free rhythm. It raises the mind. Polyphony is a mixture of melody and harmony and speaks both to the intellect and the will but chiefly to the will. Rock music is principally rhythm with very little melody and very little harmony and so it speaks principally to the passions. Now, this is not necessarily wrong, rhythmic music could be used to arouse soldiers going into battle. This arousal of the passions would be reasonable and good. To arouse your passions for a good reason is good, to arouse them for a bad reason or no reason at all is bad. See how it's the reason that decides.

The question the is: why does rock music want to arouse the passions? The simple answer is because the musicians are dominated by the music industry and thus, they wish to get us to spend money. Now, there is no better way to get people to spend money than by arousing the passions by the seven deadly sins; and among those, the best achiever by far is lust. Now, how does rock arouse the passions? The rhythm in rock and pop and modern country music is syncopated rhythm. That is: the beats in music which are normally not accented, are. In normal music, a beat will go 1-2, 1-2, 1-2; in rock, it goes 1-2, 1-2, 1-2. This beat speaks to the animal within us to get us to act in a certain way.

If you doubt that rock and pop music is disordered or has any effect on us, and that gets people to do things which they might not otherwise do; you need to get out
more. Witness the frenzies at rock concerts and discos as opposed to the quietness of a classical music concert, or the ordered happiness of folk or traditional music.

I would add that rock music and pop music corrupt the soul because they do not encourage us - neither in the lyrics, nor in the music itself, nor in the lives of the artists anything to help us towards the good or God. Rather, it mostly seeks to be the exact opposite of God. All love, beauty, truth and goodness come from God. Instead of love, rock and pop promote lust; instead of beauty, they promote ugliness; instead of good, they promote sin. Gentle reader, if you doubt anything that I have written, go and watch these rock and pop music videos for yourself if you can find some that are not obscene.