Woe to the world because of scandals! 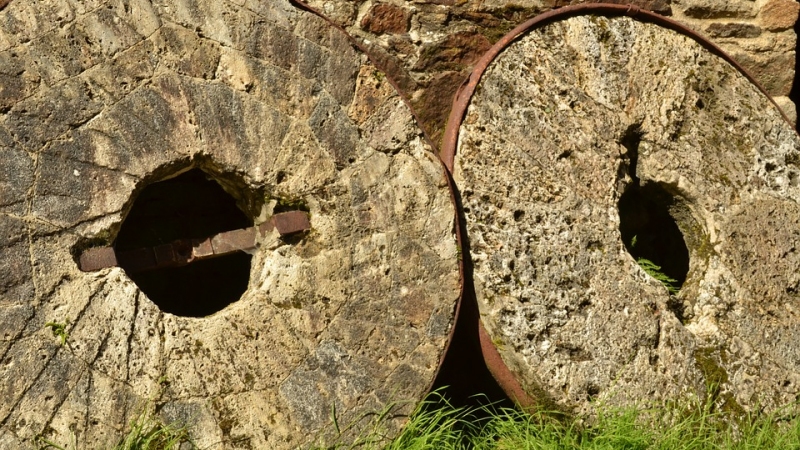 In Chapter 18th of the Gospel according to St. Matthew, Our Lord warns us against the world and its scandals.  “Woe to the world because of scandals.”[1]

Yes, indeed, these words of Our Lord seem to be written particularly for our times.  Have a look to the columns of your daily newspapers, filled up with stories of scandals, not sparing any crunchy details, from the life of movie stars, politicians and other secular leaders.  On one hand, we should not be surprised of that, because it is part of the media marketing strategy, to do business with sordid stories.  But on the other hand, it is a sad consequence of the modern and liberal idea of the ‘freedom of press’, by which the media arrogate themselves the right to say anything about everything, without censure.  But we should not forget that such ‘freedom of press’ has been condemned as one of the so-called modern liberties, by Pope Pius IX in his Syllabus of Modern Errors, and by Pope Leo XIII, in his Encyclical letter Libertas.

As a matter of fact, people will buy the paper or log onto the website because they claim that they have a ‘right to know’ what is happening, in other words, to get all the details about the latest scandals.  But now, given the abundance of scandals that are coming to broad day light, the media don’t need to go too far in their hunt for sordid events to stay in business.  Yes, indeed, we must recognize that the level of scandal and corruption in our poor world has reached unknown levels, that remind us the level of corruption that spread the Roman Empire just before its fall.

This is a sad reality that was foretold by Our Lord: “For it must needs be that scandals come: but nevertheless, woe to that man by whom the scandal cometh.”[2]

So why scandals are needed? Should life be much easier and healthier if we were spared of all scandals? Sorry, but this is not possible in the present condition of man being in the state of fallen nature.  Rather, we have to say that scandals are giving to men the opportunity to be tested. As says St. Paul,” for there must be also heresies: that they also, who are approved, may be made manifest among you.”[3]  Yes, indeed, the good are being tested by scandals, thus invited to practice virtue.

But now, what’s about the scandals that are affecting Our Holy Mother the Church, the Immaculate Spouse of the Holy Ghost?  How is it possible that such terrible could happen in the Holy Church?  Would the Church house only good and virtuous people that always lead an exemplary life?  But we must face the sad reality: from the days of Our Lord until our times, there has been always a few Judas that betrayed their master.  But we must confess that over the past weeks, some stories that have been released about the scandalous behaviour of several priests and bishops went far beyond expectation.

First, there is the eleven-page report from Archbishop Vigano, former Apostolic Nuncio to the USA, that unveiled widespread cover-up of predator priests and bishops, with connections going all the way up to Rome.  Then, there is another document about “Moral and Financial Corruption of Vatican Clergy” that just started to leak in the Italian Press.  Observers predict that the unveiling of the latter may be like an ‘atomic bomb’ on the Vatican.

What to think about it?  Sure, we don’t want to enter the game of the enemies of the Church who rejoice at any and every occasion to despise the Church and to spit upon her face.  But does it mean that we should close our eyes and our ears to the reports of such scandals?   Looking at the credentials of a man of great integrity like Archbishop Vigano, we should consider his testimony as worthy of due consideration.

St. Thomas Aquinas[4] gives the reasons that justifies the revealing of the sins of others: “No one should offend God a little so that another will not offend him a lot, for man should love God infinitely more than his neighbor; and thus no one should commit a venial sin to avoid scandal.”

Then, he tells us how to deal with leaders whose life should be an example, but rather are an occasion of scandal to the community: “If by the impunity of the leader or of the multitude, faith and the truth of doctrine and good morals are corrupted, neither the leader nor the multitude should be spared; for it happens particularly when the ones sinning strive to defend their sin by their authority or power.”

Finally, St. Thomas gives us the reason why “when damage is produced to the truth, either by a contrary teaching or by other people keeping silent; and in such a case the truth of doctrine should never be abandoned for the sake of avoiding scandal.”

For further reading you will find in this bulletin two articles from Roberto de Mattei that give a well-balanced approach of the problem, according to the mind of the Church of all times.

In the message of Our Lady of La Salette, Our Blessed Mother was not afraid to blast the crimes of the clergy of her time.  May she obtain for us from her Divine son the good and holy priests and bishops that the Church critically needs! During this Month of October, Month of the Rosary, this will be our special intention.  More than ever, we need to storm heaven with the powerful weapon of the Holy Rosary.

[4] Commentary on the Sentences of Aristoteles, Chapter IV, Distinction 38, Question 2, on Scandal