Has the pope a right over the natural law? 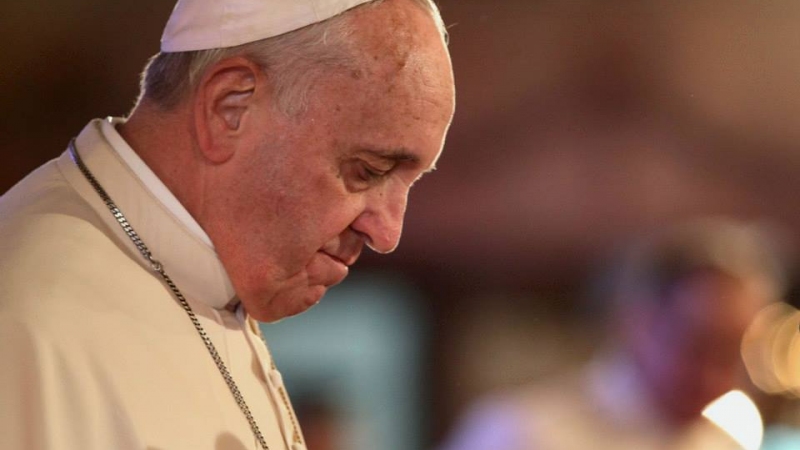 Last month, Pope Francis made a change to the Catechism of the Catholic Church in which he decided that the Death Penalty was intrinsically evil.  Is the Death penalty now evil?  Does the Pope have the power to make such changes?  Let us distinguish between different types of laws: the natural law, the divine law and human law.

The natural law is summed up in the ten commandments which are like a user-manual that our Creator has written for us.  If someone makes something - say a car, he knows how it works and so he writes a manual telling the new owner how to use the car.  He might say (because it is so) that the car will run on diesel and so, the owner should not put gasoline in the car.  The owner might decide that he wants to be “free” and so he inserts cream cheese in the car.  The car won’t work because it is not in its nature to drive on cream cheese.  The natural law is a creation of the Creator - it cannot be changed by any man, and there are no exceptions from a negative command of the natural law.  That is the reason why eight of the commandments are formed negatively.  “Thou shalt not commit adultery” means precisely that - there are no exceptions - it’s never permissible to commit adultery and no-one can change that.  Not even the Pope can change it, nor can the Pope say that something is intrinsically evil when it is not against the Natural Law.

Natural law is divine because it comes from God, but Divine Law is a command from God that we know only through revelation.  These are principally the commands to be baptised and to believe in Christ.  Because they cannot be known except through Revelation, no man will be blamed for not keeping them when he was invincibly ignorant, but because they are God’s law, no man can give exceptions to them.

Human law is a decision of someone who has authority over the whole community: a king, a pope, a bishop.  An example of a manmade law is the law to fast from food before Holy Communion. It is not intrinsically evil to eat food before Holy Communion (nor can anyone make it so), but the Church has laid down the law to fast from food so as for us to better to understand and appreciate the difference between bodily food and the Food of angels.

Manmade laws oblige us in conscience through obedience, but man has no power to make things good or evil in themselves, that is why manmade laws always have exceptions.  Therefore, for example, the Parish Priest is empowered by the Church to grant exceptions to the Eucharistic fast where there is just reason. Now, manmade laws can also be changed by the person who made the law, his superior or his successor. That is why Pope Pius XII was able to change the law on fasting for Holy Communion. He judged that, as he had introduced the possibility of evening Mass, it was unreasonable to expect the faithful to fast from midnight. He thus introduced the three-hour fast.

Now, it is clear from both Sacred Scripture and Tradition that Capital punishment is not prohibited by the natural law. Rather, in the Old Testament, God explicitly tells Moses to use capital punishment as part of the Civil Law.  “If any one lie with a man as with a woman, both have committed an abomination: let them be put to death. Their blood be upon them.  A man, or woman, in whom there is a pythonical or divining spirit, dying let them die. They shall stone them. Their blood be upon them.” (Lev 20) Now, it might be objected that this was in Old Testament times, and that it does not apply in the New Testament.  But, Tradition (that is, the constant teaching of the Church received from the Apostles) shows that while the letter of the Old Law does not apply, the fact remains that the King has the right to execute certain criminals.  For example, St. Augustine writes in the City of God: “It is in no way contrary to the commandment, 'Thou shalt not kill' for the representatives of public authority to put criminals to death, according to the law, that is, the will of the most just reason.” (Bk. I, ch. 21) As King of the Papal States, St. Pius V instituted the death penalty for adultery.  In general, however, the Church has usually urged clemency towards repentant criminals and a moderate use of the death penalty.  But because God’s Law does not rule it out, no man has any right to pretend that it is intrinsically evil.

We must therefore not go along with this pronouncement of Pope Francis which is an innovation.  The Pope has no right over the natural law.  For him to pretend to do so is a most serious usurpation of the divine prerogative and possibly a prelude to declaring that what was once evil is now good.  Would that the Pope had the courage to declare God’s Law to the nations and not the false teachings he now peddles.