A new superior general for the SSPX 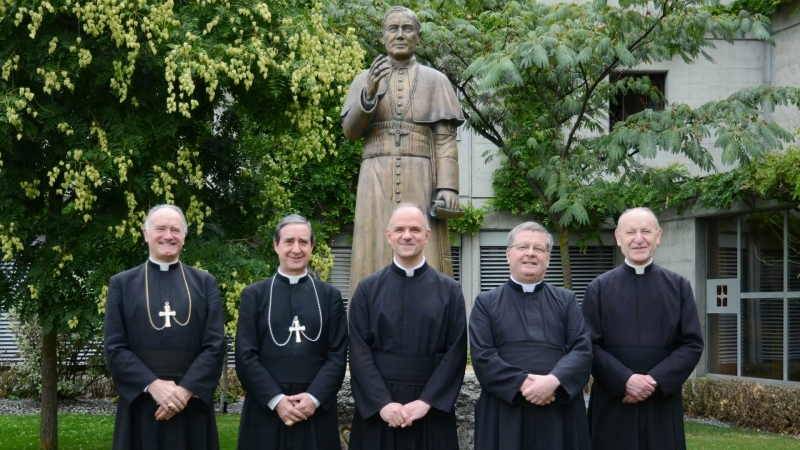 From July 11-21, forty-one major superiors and “ancients” members of the Society of St. Pius X met at the Motherhouse of the SSPX, the Seminary of Ecône, Switzerland, for the General Chapter of the SSPX. Then, on July 11, it was made public that Most Rev. Fr. Davide Pagliarani had been elected as new Superior General of the Society, and that he will be assisted by Bp. Alfonso de Galarreta and Fr. Christian Bouchacourt, respectively as 1st and 2nd Assistants.  After the election of the new Superior General, the General Chapter carried on till July 21 to discuss the workings of the Society.

Meanwhile, as everybody knows, the process of secularization is speeding up worldwide up to unheard levels, attempting to destroy the last remnants of Christianity, and perverting the order of human nature which God made.  At the same time, the mainstream Church is more deeply divided by relativism, thus unable to effectively counter such flood of secularism.  As said the French author Blaise Pascal: “‘What is truth on one side of the Pyrenees is error on the other.”

Our little Society has been standing firm like an oak tree in the midst of that storm, refusing to bend to this universal wave of secularism.  Because of that, we should not be surprised to find out that it may become a public target.  In what manner, it will take? Time will tell us, but we need to be ready.

But now, what do we need the most to be be able to face the more challenging times to come?  No doubt that we need priests deeply renewed in their spiritual life that will be beacons for the souls of good will that, with the grace of God, stubbornly refuse to be swallowed by such secularism.  Such priests will use the proper weapons that have been used over the past 2000 years, and effectively lead the faithful to the restoration of all things in Christ.

Does it mean that the faithful have nothing to do in that warfare?  Not at all!  It is no more possible to simply find shelter in a “tradi safe-zone” while doing nothing to combat the social and moral disaster that unfolds around you.  Your children will not keep the faith if you try to keep the best of both worlds, by fitting-in with the world and then creeping-off to merely satisfy religious obligations, and this is very serious.

The new Superior General of the Society, Most Rev. Davide Pagliarani, will be the one to lead this worldwide crusade.  Let us give him the full support of our prayers and sacrifices, especially those needed to keep the faith in this corrupted world.