Our Help is in the Name of the Lord 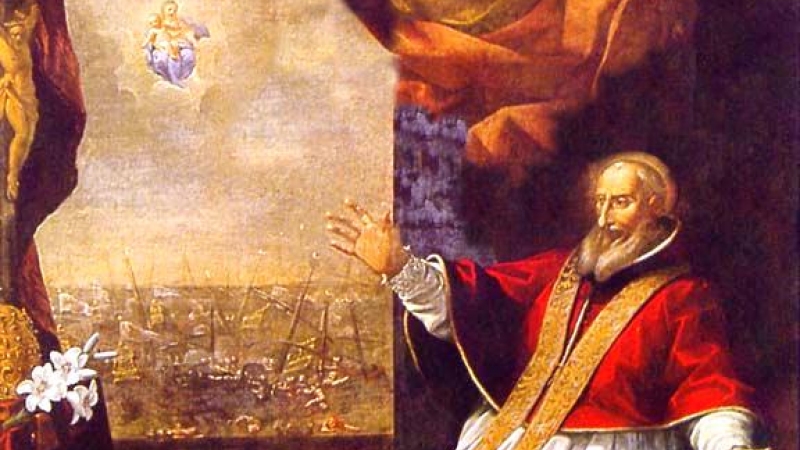 After crossing the Red Sea dry foot, the Israelites had to face many trials before reaching the Promised Land. The enemies were both within and without: the seditious, the cowards who pined for the onions of Egypt left behind, and the many tribes who feared the chosen people and blocked their way.

One incident is particularly instructive in these days:

“Amalec came, and fought against Israel in Raphidim. And Moses said to Joshua: Choose out men; and go out and fight against Amalec: tomorrow I will stand on the top of the hill, having the rod of God in my hand. Joshua did as Moses had spoken, and he fought against Amalec; but Moses, and Aaron, and Hur, went up upon the top of the hill. And when Moses lifted up his hands, Israel overcame; but if he let them down a little, Amalec overcame. And Moses' hands were heavy: so they took a stone, and put under him, and he sat on it: and Aaron and Hur stayed up his hands on both sides. And it came to pass, that his hands were not weary until sunset. And Joshua put Amalec and his people to flight, by the edge of the sword.” (Ex. 17, 8-13)

While Moses prayed, the Israelites overcame, when he ceased praying, the enemy began to win. Why? Because the fight was not for human aims but for God, it was His fight.

This May 10th – on Ascension Thursday, a “March for Life” will take place in Ottawa in which Our Lady of Mount Carmel Academy will take part along with the Fatima Centre.  We will carry the statue of Our Lady and pray the fifteen decades of the Rosary.  Why?

We must not be tempted to believe that we can overcome those who want to support abortion in our country by meeting them on a battleground of their choosing without Moses praying on the hill. “Thus says the Lord: Cursed be the man that trusts in man.” (Jer. 17, 5) We cannot use the media or the hidden corridors of power like the worldlings do: “see brethren, not many of you are wise according to the flesh, not many mighty, not many noble” (I Cor. 1, 26) but we do have a secret weapon, a nuclear option which is capable of defeating the wisdom of this world against all the odds: prayer. Prayer, because God is in ultimate control and prayer is the way by which we influence Him.

One prayer more than others should me on our lips at this time - the Rosary.  When the fleet of the Holy League set sail to engage the Turks at the Battle of Lepanto, each man had a Rosary and, on the hill, Pope Pius lifted up his hands with all of Christendom. In this battle, an old woman was stronger than mighty armies. Against all the odds, the infidel who would conquer Christendom were defeated and the Pope established the Feast of the Most Holy Rosary to commemorate this victory of the Rosary. In this fight against the devil, only one weapon is capable of piercing his armour, prayer will win the battle, or it will not be won at all.