In a time of crisis, 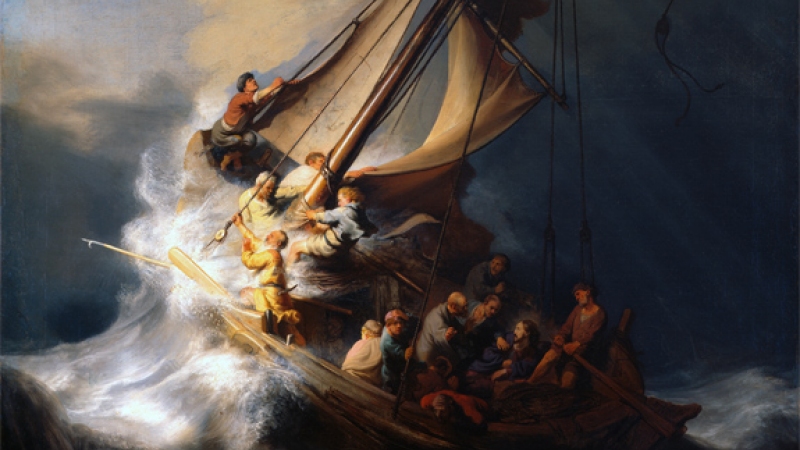 In a time of crisis, what must we do?

Before His Passion, Our Lord spoke to His apostles saying: “It is written: I will strike the Shepherd and the sheep will be dispersed.”  (Mt. 26,31) The current crisis which the Church is undergoing was often compared to Our Lord’s Passion by Archbishop Lefebvre.  The Faith of all who believed in Our Lord was severely tested when He was nailed to the cross and died.  How can God die?  The truth is that Our Lord was both God and Man uniting the Divine and human natures in one Divine Person.  As God, He could not die.  As man, he could and did for our salvation.  The Church is the Body of Christ.  He is the Head, we are the members.  Like Him, it is divine and human.  Divine because it is the Body of Christ, Divine in its life - sanctifying grace; but it is human in its members who become divinised by contact with their head but who remain more or less sinners as long as they are on earth.  How can the Church suffer, how can it be crucified, how can even the Vicar of Christ betray His principal?  In so far as the Church is divine, it cannot; insofar as it is human, it can.

God has struck the shepherd.  The Vicar of Christ and the shepherds of our souls instead of feeding the sheep ravage them.  They cavort with the sectaries of false gods, they refuse to dispense the Truth to those who ask them, they refuse to lead their people to heaven.  “Where there is no guide, the people will perish.” (Prov. 29, 18) Why God has allowed this terrible trial, we do not know exactly but we can be sure that it is just and that it is in punishment for our sins.

In a time of crisis what must we do?  We must follow the rule of faith which was laid down for us by St Vincent in the fifth century: “We must believe all that was believed everywhere by everybody.”

I have often then inquired earnestly and attentively of very many men eminent for sanctity and learning, how and by what sure and so to speak universal rule I may be able to distinguish the truth of Catholic faith from the falsehood of heretical pravity; and I have always, and in almost every instance, received an answer to this effect: we must, the Lord helping, fortify our own belief in two ways; first, by the authority of the Divine Law, and then, by the Tradition of the Catholic Church.  Moreover, in the Catholic Church itself, all possible care must be taken, that we hold that faith which has been believed everywhere, always, by all.  (St. Vincent of Lérins, Commonitorium.)

In the Crisis of the Church, we must stick fast to what has been handed down to us.  We must respect the rank of the bishops of the Church, but we must not follow their novel and poisonous teachings.  We must pray for them, but not be led astray by them to new and strange doctrines.

We must likewise follow the rules of St. Ignatius for the discernment of spirits:

It is proper to the evil Angel, who forms himself under the appearance of an angel of light, to enter with the devout soul and go out with himself: that is to say, to bring good and holy thoughts, conformable to such just soul, and then little by little he aims at coming out drawing the soul to his covert deceits and perverse intentions.

With regard to souls who make little effort to avoid mortal sin, the devil has simply to keep presenting temptation in order to keep souls in the state of sin.  But for those souls who are seeking to serve God, the devil must transform himself into an angel of light in order to deceive them and lead them astray.  This can be done to good Catholics who are deceived by false obedience (“Francis is the Pope: therefore, everything he says must be good”); sedevacantism (“Francis does bad things, therefore he cannot be the Pope”); Feeneyism (“it sounds tough, so it must be good”); and “home-aloners” (“there are no valid priests left, I must stay at home”).  In one way or another, the devil tries to keep these good people away from Mass and the Sacraments or close to bad doctrine and compromise.

Let us resolve to pray the Family Rosary, to avoid sin, to do our duty, and to study our Faith.  In due time, the Resurrection of the Church will follow on her Passion as surely as Our Lord’s Resurrection followed on His Passion.