September 2017 - District of Canada - Letter to Friends and Benefactors 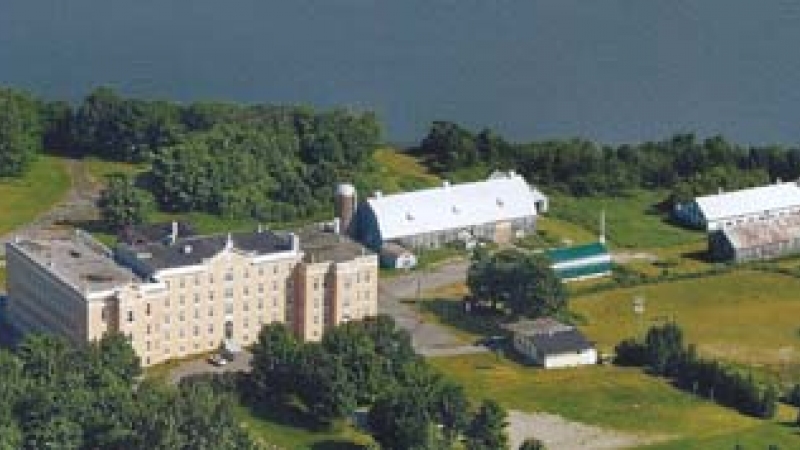 "Parents are under a very serious obligation to ensure, according to their means, the religious and moral, physical and civil education of their children and also to watch over their temporal good.” This is the very clear teaching of Holy Mother Church in its 1917 Code of Canon Law, in canon 1113. It is a "very serious obligation", that is, an obligation "under the pain of mortal sin". Many parents forget that the first purpose of marriage is twofold: the procreation and the education of children.

This explains the concern of missionaries and good bishops of all time, and very clearly in the history of the foundation of our beautiful country (think of Marie de l'Incarnation who opened a school in Quebec in 1639, and Marguerite Bourgeois who did so at Ville-Marie 15 years later), to provide for the education of youth, and to help families unable by themselves to provide for the complete education of their children. As an auxiliary of the family and of the Church, the school cannot contradict, but must harmonize positively with the other two societies, in order, teaches Pope Pius XI, "to constitute with the family and the Church, a single sanctuary dedicated to Christian education "(Divini illius Magistri).

The Pope continues in this encyclical devoted to Christian education:

From this it follows that the so-called “neutral” or “lay” school, from which religion is excluded, is contrary to the fundamental principles of education. Such a school moreover cannot exist in practice; it is bound to become irreligious. (…) We renew and confirm the declarations (of our predecessors) as well as the Sacred Canons in which the frequenting of non-Catholic schools, whether neutral or mixed, those namely which are open to Catholics and non-Catholics alike, is forbidden for Catholic children, and can be at most tolerated, on the approval of the Ordinary alone, under determined circumstances of place and time, and with special precautions. Neither can Catholics admit that other type of mixed school, (least of all the so-called “unique school,” obligatory on all), in which the students are provided with separate religious instruction, but receive other lessons in common with non-Catholic pupils from non-Catholic teachers.

For the mere fact that a school gives some religious instruction (often extremely stinted), does not bring it into accord with the rights of the Church and of the Christian family, or make it a fit place for Catholic students. To be this, it is necessary that all the teaching and the whole organization of the school, and its teachers, syllabus and text-books in every branch, be regulated by the Christian spirit, under the direction and maternal supervision of the Church; so that Religion may be in very truth the foundation and crown of the youth’s entire training; and this in every grade of school, not only the elementary, but the intermediate and the higher institutions of learning as well.

It is necessary not only that religious instruction be given to the young at certain fixed times, but also that every other subject taught, be permeated with Christian piety. If this is wanting, if this sacred atmosphere does not pervade and warm the hearts of masters and scholars alike, little good can be expected from any kind of learning, and considerable harm will often be the consequence.”

But can the school deficiencies not be rectified and compensated at home? This is a lure because, first of all, the parents do not have the time and competence to do so, and then the child cannot constantly be at odds with the education received at school. How can Christian parents think that a small 20-minute sermon on Sunday and a little catechism a few times a month can correct hours and hours of secular, non-religious education, often against religion? A teaching which ignores original sin, in which history is often falsified, evolution made into a dogma, all religions are reduced to the expression of a religious feeling, where the natural law, the commandments of God do not exist and are replaced by human rights?

How many parents, even those of our own chapels, have come to complain to us that their children have lost the faith when they reached adulthood and were now living in sin? One forgets that faith is a supernatural gift that can be lost if one is not careful. Remember the parable of the sower:

It is not possible for us to have schools at each of our chapels, but it is always a pleasure to see parents each year move closer to our schools for the salvation of their children, or to see them make great sacrifices to send their children to traditional boarding schools. On the other hand, it is really incomprehensible for us to see parents, who live near our schools, put their children in public schools after hearing what the popes teach about this, and knowing what is taught in these modern schools! What a responsibility before God! How many tears will be shed in the years to come, and perhaps for eternity?

O Lord, give us Catholic families who understand their responsibilities and have the strength to be faithful.

News of the District

Retreats : July-August : Four retreats were given in St-Césaire both in French and in English.

Pilgrimages: The 34th pilgrimage to St Anne de Beaupré, Quebec, took place on July 29 with about 150 pilgrims. The 4th to the Sacred Heart of Beauvoir, Sherbrooke, Quebec, saw about 50 pilgrims walking under a beautiful sun imploring the Sacred Heart for a new church!

Fatima 2017 : more than 70 pilgrims composed the two Canadian groups who joined the other 10,000 pilgrims coming from the whole world for this historical event in honor of the Queen of Heaven. We were told that this international SSPX pilgrimage was the largest single group so far to come to Fatima this year!

Journées Québécoises du Christ-Roi 2017 : this third Congress in honor of Christ the King will take place in Quebec City on September 9-10 on the theme of the Church.