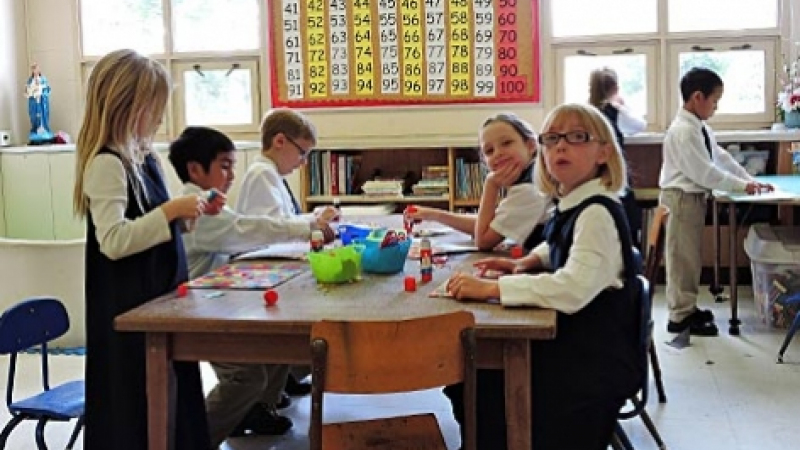 According to a recent survey in the US, teenagers (unbelievably) consume on average seven hours and thirty-eight minutes of entertainment per day! (Kaiser Family Foundation: “Generation M2: Media in the lives of 8-18-year olds.) This is problematic on two levels.

Firstly, even if all this entertainment is “good,” the amount is wildly disproportionate. The period of adolescence is one of preparation for and transference into adulthood. The correct formation is not more and more entertainment, but more and more responsibility so that they can learn to be correctly functioning responsible adults – not the juvenile type of adult that is more and more common. The correct thing that teenagers should be saying is not: “here I am, now entertain me” but “here I am, what is my duty?” Secondly, the entertainment being consumed is very often not good. Sport is usually beneficial – at least when you play it rather than just watch it; but what about the content of the music, movies, books, video games etc. This is important because everything we consume has an effect on us. If you eat bad food, it will cause problems later on. Now, the eyes are the window of the soul. If you consume bad entertainment (even if you’re just watching it for kicks,) it will have an effect on your imagination and mindset. This is more true the younger you are. The teenage mind is in a state of ferment: the certainty of childhood has gone; the certainty of adulthood has not yet arrived. They are judging for themselves – which is a necessary part of becoming an adult. But, when we consume a bad world vision (ie. one that glorifies sin), it has a bad effect on the imagination and on our worldview.

At Our Lady of Mount Carmel Academy, we teach our students that there are three things which can make a work of art like a song or a movie bad. Firstly, if it glorifies sin. Glorification of sin is different from depiction of sin. It’s when we say that sin is good or at least an option for happiness. In other words, we have to ask ourselves: does this movie or song encourage to virtue or to vice? If it encourages to vice, I should not watch it or listen to it. Grand Theft Auto is a popular video game. It is based on the idea that you win the game by stealing cars, mowing down passers-by and doing other bad things around various cities. It is even possible to commit sins of lust. It glorifies sin, it is bad. The message of most pop music is “sex, be sexually attractive and engage in it when you feel like it.” Therefore, I must not listen to it. Secondly, it will be bad if it is an occasion of sin. Chastity is protected by modesty. Impure content (when not turned off once perceived) leads directly to mortal sin. This excludes an awful lot of supposedly innocuous entertainment. According to the Parents Television Council, young people on average view at least 14,000 sexual messages a year on television. Almost all pop music is based around impurity. If
you don’t believe me, watch MTV for a while. A parents group in America watched MTV for twenty-seven hours and found 1,647 instances of sexual or inappropriate content – that’s an average of one per minute. Thirdly, it is bad if it is graphically violent. When we watch something that is realistically and graphically violent, our mind knows that it is not true, but our imagination doesn’t – that’s why people get a thrill out of horror movies. It is seeing horrible realities that are very rarely seen in real life and which have a profound effect on those who actually experience them. A diet of graphic and amoral violence makes us used to it, desensitises us and encourages aggressive behaviour.

Parents then have to educate their young people how to choose good entertainment, and have to get them into the habit of re-creating themselves in a moderate way. You might say that will be difficult. Teenagers have a suspicion about the forbidding of certain music or certain movies and can rebel against it if they do not understand it. Peer pressure tells them to be like everyone else: listen to the same music and watch the same movies. The way to do it is this: our children and teenagers must be people of prayer. If they are, they will want what God wants and not what the world wants. Parents must explain to their adolescents the principles as given above. Have no fear, Catholic adolescents have no difficulty grasping the difference between right and wrong. Form the habit of avoiding bad entertainment and recreating moderately by laying down rules explained in their connection to the principles. The rules should be: 1) No bad entertainment (as defined above) is allowed at all because it is sinful to engage in bad entertainment. 2) Entertainment should be moderate. It should be part of a balanced and organised day. Obviously, during vacation time it will take a larger part of the day. A whole day’s sport is a good thing once in a while – it recreates body and soul. Binge movie-watching/computer-game playing is a bad thing – it afflicts the soul and the body. Finally, parents should severely limit passive entertainment like movie watching and computer games, while encouraging good recreation like hobbies, sport and board games with other people.